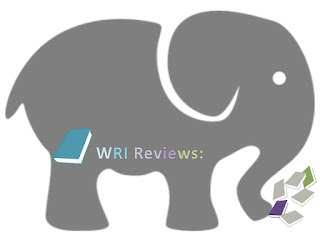 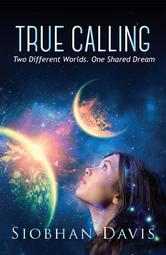 TWO DIFFERENT WORLDS. ONE SHARED DREAM.
Planet Novo, nestled in space twelve hundred miles above the surface of the Earth, is the new home of 17-year-old Cadet Ariana Skyee. Confused by the government-sanctioned memory erase and distressed at her impending forced marriage and motherhood, Ariana's plans for the future are thrown into complete disarray.

As the traumatic events within her family life enfold, Ariana grows increasingly alarmed at the authorities apparent pre-occupation with her and feels progressively more isolated and alone.

Her growing feelings for fellow Cadet Cal Remus intensify as the recently announced pageant, 'The Calling', gets underway. Struggling to comprehend the continuous, inexplicable dreams of the mysterious Zane, discovering the past helps shape her future, with devastating personal consequences.

My Review
The cover drew me to this book. I was thinking this was a fantasy book. It actually a science fiction dystopian novel. The Earth is in ruin. What happened to the planet, we are never really told. That's a problem. If we are to get into the mindset of this new world circumstance we need to know what forces changed society as we know it.

A group of people chosen through a variety of tests are sent to live on a planet just 1200 miles from earth. This is another problem. Where are told that the planet has been in the works since the 60s. Now we have to either have to ignore the realty of such a possibility working within our universe, assume that this story is taking place in an alternate realty/parallel universe, or just not thinking to deeply about where this new planet is and how it is possible for it to there. I chose the latter option.

Once you get passed those things the story itself is an interesting one. Ariana and her family was chosen to go because not only did they passed the tests but her father is in the military. Upon leaving Earth for the new planet called Novo people are given a nostalgia elixir and a chip insert the neck called the Vita. The elixir is used to erase the memories of those people who aren't going to Novo. For example if you and some friends went on a ski trip, you will still remember the trip but the people remaining on Earth will be erased from the memory. The vita is used to keep track of vitals and location.

Novo was suppose to be the start of a new better society. Of course, things don't stay that way. The government wants absolute control. It does take long for the views to change either. Some books take at least a generation before the government goes corrupt in this one they have only been away from Earth maybe two years.

The novel is easily compared to The Selection, Matched, and the Hunger Games as soon each resident aged 17 (maybe 18 can't remember) and older must participate in 'The Calling'. Basically they are matched up and required to procreate. Ari is understanding upset about this.

Ari is a pretty headstrong teen. She pretty much states whatever is on her mind. Cal is the resident pretty boy that she couldn't stand then very quickly fall in love with. Zane is a guy she dreams about every night but is unsure if he is real or not. Ari is an okay character. Cal went from being charming to easily prone to violent outbursts. Then there is poor Zane, who not only real but the love Ari had to leave behind and forced to forget. He is the one who you hope things will work out for.

The book ends in a cliffhanger. We are left wondering what happened to certain characters. What is going to happen with the resistance? And what does Ari have up her sleeves? It is a book that keeps you interested even at it slow pace. I am definitely interested in continuing the series. So should you read it? Yes, especially if you are dystopian fan. if you are a hardcore science fiction fans may have problems with the whole planet only being 1200 miles away thing but if you can overlook that it is an enjoyable read.


About the Author
I am the author of bestselling YA science fiction fantasy romance series, True Calling.

I have forged a successful corporate career, in Human Resources, over the last twenty years.

I reside in the Garden County of Ireland, with my gorgeous husband and my two adorable sons  (pictured much to their disgust!).

Save on Value of the Day and Rollback Specials at Walmart.com!

*Thank you for stopping by. Comment, Share, and Happy Reading!
**This blog may use cookies to enhance your experience. Also clicking links may take you to a third party website that may use cookies. Most browsers have an option in the right hand corner setting icon to disable the use of cookies.
Posted by Bunnita at 8:00 AM