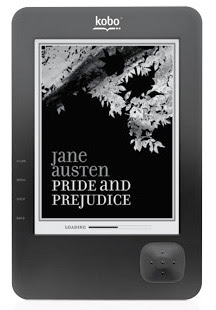 So I just got my Kobo on Sunday March 27th and I must say I am liking it. I do wish that it had color but for the price its a good device. One of the Borders close to me is closing so I got mine for 60 bucks. I just could not pass that up. It some in a cute box that open up like a book...awe. So far so good. If anything funky with it happens I will surely do a post.

Posted by Bunnita at 7:56 AM No comments:

Friends with Benefits by Cat Johnson 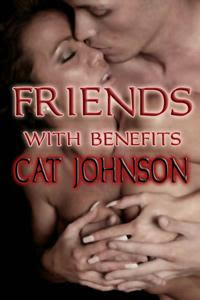 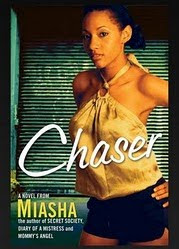 From back of book:
Leah -- Young, beautiful, and in love with the wrong man. Distraught after her boyfriend Kenny sets her up to take the fall in yet another of his schemes, Leah has no choice but to strike a deal with the police. Her world changes overnight, and maintaining her composure while gathering information is no easy task. And then she meets Nasir... Nasir -- All he's ever wanted to do is make his family proud. Ambitious and hardworking, Nasir is a good man, but he owes a debt to a former friend -- and regardless of how many times he's paid it back, Kenny will never let him forget it... Kenny -- Money reigns supreme in Kenny's world and he'll stop at nothing to get more of it. Kenny would lie, cheat, and even kill to protect his empire. There is no such thing as loyalty as far as he's concerned. And he's starting to realize that his girlfriend Leah is standing in his way... Smart, sexy, and undeniably thrilling, Chaser is exactly what Miasha's legions of fans have been waiting for.

My Review:
The title of the book can have two different meanings. Chaser could be the type of work that both of the male characters engaged in. Chaser are the tow truck drivers who show up at car accidents...they chase wrecks. Chaser could also mean paper chaser. One of the main characters, Kenny, is a huge paper chaser. He will do whatever he can to get money be it drugs or an auto insurance scam. Things heat up when Leah and Nasir start to spend time together.

This is a fast paced book. The novel starts off with a bang. Talk about grabbing the reader with the first page. I enjoyed this book. It isn't a favorite but it is a good read. TBR list #3
Posted by Bunnita at 4:27 PM No comments:

Savor the Moment by Nora Roberts 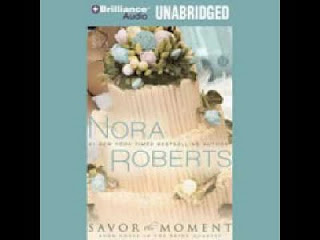 Savor the Moment by Nora Roberts

Laurel McBane has always relied on her friends for support, especially when her dream of attending culinary school was almost ruined by her parents’ financial problems. Now Laurel is repaying the kindness of her friends by creating extravagantly luscious tiers of cakes and other confectionary delights that add the perfect touch to their clients’’ weddings.

As for romance, Laurel believes in it – in theory. But she’s too low-key to appreciate all the luxuries that other women seem too long for. What she does appreciate is a strong, intelligent man, a man just like Parker’s older brother, Delaney Brown, on whom Laurel has had a mega crush since childhood.

But some infatuations last longer than others, and Laurel is convinced that the Ivy League lawyer is still out of her reach. Plus, Del is too protective of Laurel to ever cross the line with her, or so she thinks. When Laurel’s quick-silver-mood get the better of her-leading to an angry, hot, altogether mind-blowing kiss with Del – she’ll have to quiet the doubts in her mind to turn a moment of passion into forever…

My Review:
This is a good read. It focuses mostly on Laurel. Her friendship with the other three is a part of the plot as well.


Laurel parents ended up in financial trouble and she no longer had money to go to culinary school. However, one of her friend’s parents sent her with the only catch being that she make something of herself. This is mainly a romance novel. Since childhood she had a crush on Delany Brown. Delany has always called all the friends his girls. Laurel finally has had enough and if a fit of anger and frustration she kisses Del. That kiss has changed everything and now the two must decide how to proceed.

Along the way Laurel is troubled by the fact that she doesn’t come from then type of money that Del and Parker does. She doesn’t want him to think that she is with him because of his money. This thought is egged on by the whisper people in Del’s circle and well as Mac’s cold-hearted trouble-making mother. So not only does she have to content with her changing relationship with Del but also with her occasional sense of class inferiority.

The narrator had a pleasant voice. The characters did not sound the same so it was easy to see them as different people and not just someone reading to you. The story was paced fast. Angela Dawe did a great job; I hope she read the other books in the series.

Posted by Bunnita at 8:56 AM No comments: