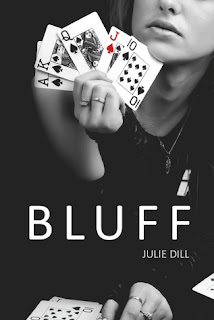 Seventeen-year-old Chelsea Knowles is surrounded by the privileged. Michael Kors gym bags and designer shoes are part of her daily scene, but the talented cheerleader has a secret: she and her dad can barely pay the bills. Broken by his wife walking out on their family, Chelsea’s father ignores his responsibilities. Between cheer costs, grocery bills, electricity, and other regular financial burdens, it’s no surprise when a cut-off notice arrives in the mail. Chelsea knows it’ll be up to her to keep the lights on.

With the deck stacked against her, Chelsea decides to bet their future on the dubious poker knowledge she learned from her father before he gave up on parenting. Nervous but determined, Chelsea heads to a casino with very little security and wins big. Thrilled by her win, she’s quickly drawn to the casino again and again. She risks it all, especially when the attractive, young pit boss takes an interest in her.

Chelsea’s life, no longer filled with cheerleading, school, and hanging out with her friends, is now consumed by smoky casino floors and the ups and downs of a gambler’s life. True gamblers know when to fold, but Chelsea keeps betting long after her needs are met. The complicated web of lies soon begins to spin out of control, threatening to expose everything. Will someone see through her bluff?.

My Review
Overall, I liked it. I felt for Chelsea's situation. I never had to rely solely on myself as a kid but I did have responsibilities that sometimes being the oldest in a household that is struggling to make it to the next day have. Perhaps if I knew how to to play poker I would have tried that. However, I didn't so unlike Chelsea I just didn't do things I knew we could afford. Yeah, I missed out on a lot of fun school stuff but this isn't about me...

This took awhile to get into to. So don't go into this book thinking that it is going to grab you from the beginning. It takes awhile but it does get there. The story is pretty much about Chelsea living a double life. She becomes, basically, a teenage gambling addict. And since she knows she shouldn't have even started gambling at the casino in the first place she lies about it. Of course, one lie spins another and so on.

There is a romance aspect that I suppose should be there since she is a teenager and that seems to be the thing many teenagers do. I mean I know I was well maybe not boy crazed but definitely interested. Anyway, it's there but it isn't necessary. I wished that at some point Chelsea realize that she had a problem even if she didn't quit gambling. Since even though a person knows they have a problem they don't just stop cold-turkey overnight. Good read though, worth a shot.

About the Author
Julie Dill lives in Oklahoma City where the wind always comes sweeping down the plains—literally.

As a young girl she always wanted to be a teacher, so she went on to receive her Bachelor’s of Science in Education from the University of Central Oklahoma and taught in elementary schools for ten years. Currently, she serves as an adjunct professor and loves helping students achieve success. One of her greatest professional accomplishments is earning her National Board Certification.

She holds a Master’s of Fine Arts in Creative Writing from Oklahoma City University and continues to work on various writing projects. From hiking in Colorado, to playing poker in Vegas, she’s always up for a new challenge. Julie is a busy mom of two teenage daughters, and any extra time that she may carve out is spent reading, writing, and rooting for the Oklahoma City Thunder.

Her debut novel, Bluff, is scheduled to be released on February 7th, 2017 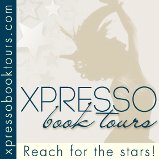 *Thank you for stopping by. Comment, Share, and Happy Reading!
**This blog may use cookies to enhance your experience. Also clicking links may take you to a third party website that may use cookies. Most browsers have an option in the right hand corner setting icon to disable the use of cookies.
Posted by Bunnita at 7:00 AM 2 comments: 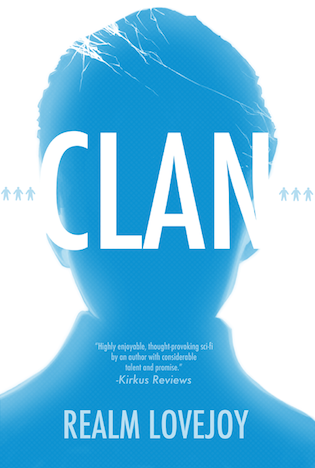 
“Highly enjoyable, thought-provoking sci-fi by an author with considerable talent and promise.”–Kirkus Reviews
____
Clans are Unity.
No variation. No deviation.
On Clades, to be a Clan is to be an exact copy. A perfect society cloning themselves to survive, even as the zombielike Frags threaten to overrun them on an unforgiving planet.
Clan 1672 (privately known as Twain) was never supposed to survive the Incubation Tank. But he did. Illegally. He is different from the other Clans.
A secret that could destroy him.

Goodreads / Amazon / Audible
*Now available on audio!*
—
EXCERPT:
A glitch. Being a glitch was somewhat bearable, but an intentional glitch was not. Twigg had told Father Krume and Brisbane that Twain had been an accident. Twain wanted to believe that he had been locked up because Twigg had wanted to protect him, not because Twigg had wanted to cage him like some sort of sick scientific experiment. All those years he had spent, hidden—agonized by solitude…
“Son.” His sponsor stood at the door. “Mandy reported to me that you’ve thrown away dinner two nights in a row. Don’t tell me you’ve got nausea again.”
Twain eyed his sponsor’s silhouette. “Father, are there other mutants besides us?”
“Why would you ask that?”
“We were wondering—someone mentioned that there were more.”
Twigg eyed him sharply. “Who told you this? I knew the Contribution Center was dangerous for you…”
“We didn’t catch his number.”
“I have never seen another mutant and neither have you. Are you sure you didn’t get the Clan’s number?”
Something about the tone of Twigg’s voice gave Twain the feeling that he shouldn’t talk about it anymore. “We honestly don’t know. We’re all the same after all.” 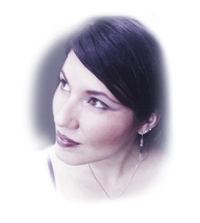 Author Bio:
Realm Lovejoy is an American writer and an artist. She grew up in both Washington State and the Japanese Alps of Nagano, Japan. Currently she lives in Seattle and works as an artist in the video game industry. CLAN is her first book. You can find out more about her and her book at realmlovejoy.com

*Thank you for stopping by. Comment, Share, and Happy Reading!
**This blog may use cookies to enhance your experience. Also clicking links may take you to a third party website that may use cookies. Most browsers have an option in the right hand corner setting icon to disable the use of cookies.
Posted by Bunnita at 6:30 AM No comments: