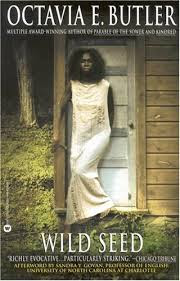 From Goodreads:
Doro is an entity who changes bodies like clothes, killing his hosts by reflex or design. He fears no one until he meets Anyanwu. Anyanwu is a shapeshifter who can absorb bullets and heal with a kiss and savage anyone who threatens her. She fears no one until she meets Doro. Together they weave a pattern of destiny unimaginable to mortals.

My Review:
This was a depature from the books that I normally read. Simply put Doro is a killer. Sometimes he as a reson for killing some times he doesn't. Anyanwu is a healer. Doro somewhat a spirit. He jumps from body to body. Anyanwu is  a shapeshifter. Both can and have chosen to use both genders and different races. Doro is drawn to Anyanwu unlike any one before her and because of that she is able to protect her people (children, grandchildren, etc) from being killled by his hands. The story as well as the characters are interesting and different. The incest was a little distrubing for me. It is difficult to accurately describe this novel. Unexpectantly different. It draws you in as much as it repulses you.

Challenges:
2012 Mixing It Up Challenge
2012 Support Your Local Library
All About You Challenge 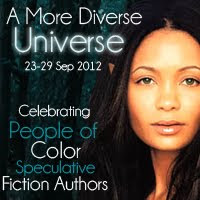 Labels: 2012 Support Your Local Library, All About You Challenge, Blog Tour, mixing it up 2012, Sci-Fi