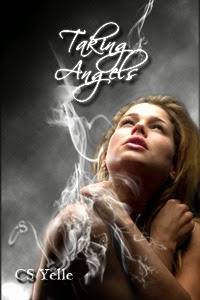 Synopsis:
Book 1 in The Angel Crusades Series by CS Yelle

Britt Anderson went along with everything the doctors said for nearly four years, but she was still dying at eighteen. The cancer had won leaving her without a future, without any options, and without control. No control, except for how she would leave this world. As Britt tries to end her life by going into the frigid waters she realizes her mistake. She struggles to get back to shore, to cry out for help, but her atrophied muscles are useless and the frigid water steals the breath from her chemo-scarred lungs. Despite her father’s attempts to reach her, she flies over the waterfall.

When Allister Parks finds Britt’s fragile body on the riverbank something calls out to him. Ignoring the warnings of his sister, Allister brings Britt back from the edge of death. The only problem is that an Eternal like Allister isn’t allowed to touch those who have already passed from this world. It is forbidden; an infraction punishable by death.

As Britt relishes her new cancer-free life and senior year of high school, her very existence threatens Allister’s place in this world. Allister struggles to keep Britt a secret from the Eternal Council and out of the hands of the only Eternal who already knows the truth: the one who stole her guardian angel.

My Review:
The story is paced well. Britt is dying from cancer. She decides that she is tired of the chemo and pain. She convinces her father to let her sit in the water. As she edges herself closer to the current, she realizes that she doesn't want to commit suicide. That is when this story really begins. Suddenly, the life that Britt knew is a thing of the past. Now she is a part of something she thought was only make believe.

Taking Angels is just that. Someone is taking angels. The act is not only creating chaos in the angel world but it is upsetting the angel, human, eternal balance. Not sure what an eternal is? You'll have to read to find that out for yourself. Hey, I can't give everything away. Britt can be the best or worst thing that can happen to the world. Those who know her think the best. Those who fear her think the worst, of course.

This is a good first book. It set the characters up nicely. The plot is also set up nicely. We know what the concern is, the opposing views, and who the hero are supposed to be. We know what direction the series is likely to take but there is room for plenty of twists along the way.  Add this if you are looking for an angel novel to add to you tbr list. Oh and there is a twisted love triangle. Granted the 3rd party is on his own and she doesn't love him back but still it's twisted. Medium paced = few days to complete. 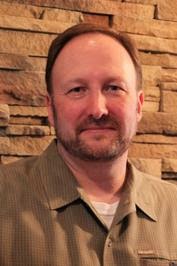 AUTHOR BIO:
C.S. Yelle was born and raised in Grand Rapids, MN, the “almost” middle child of six.  He attended Grand Rapids Senior High School where he enjoyed music and sports.  He received his BS in Chemistry from Mayville State University, Mayville, ND in 1987.  He taught 7-12 Science and coached for six years in several North Dakota schools and currently works as an Executive Account Manager in the Water Treatment Industry where he has been for nearly seventeen years.  He is the father of four and grandfather of one.  He writes novels, screenplays, and an occasional short story.  He has been writing seriously for over ten years and plans to continue until his fingers are unable, maybe longer.  He currently resides in a Minneapolis, MN suburb with his wife Jennifer and their rat terrier, Holly.

a Rafflecopter giveaway
Posted by Bunnita at 7:00 AM