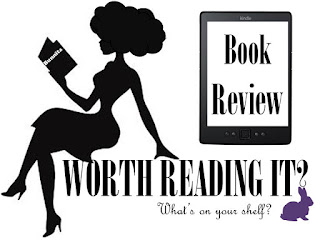 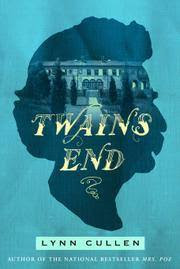 From Goodreads
In March of 1909, Mark Twain cheerfully blessed the wedding of his private secretary, Isabel V. Lyon, and his business manager, Ralph Ashcroft. One month later, he fired both. He proceeded to write a ferocious 429-page rant about the pair, calling Isabel “a liar, a forger, a thief, a hypocrite, a drunkard, a sneak, a humbug, a traitor, a conspirator, a filthy-minded and salacious slut pining for seduction.” Twain and his daughter, Clara Clemens, then slandered Isabel in the newspapers, erasing her nearly seven years of devoted service to their family. How did Lyon go from being the beloved secretary who ran Twain’s life to a woman he was determined to destroy?

In Twain’s End, Lynn Cullen reimagines the tangled relationships between Twain, Lyon, and Ashcroft, as well as the little-known love triangle between Helen Keller, her teacher Anne Sullivan Macy, and Anne’s husband, John Macy, which comes to light during their visit to Twain’s Connecticut home in 1909. Add to the party a furious Clara Clemens, smarting from her own failed love affair, and carefully kept veneers shatter.


Based on Isabel Lyon’s extant diary, Twain’s writings and letters, and events in Twain’s boyhood that may have altered his ability to love, Twain’s End explores this real-life tale of doomed love.

My Review
I read this awhile ago. If Twain is someone that you look up to then this read might ruin his image to you. Though this is a fictional novel that is written in a convincing biographical way. Twain was a cocky, arrogant jerk in this. I can tell you that I didn't care for his character in this. I didn't care for any of the characters really.

I honestly didn't know much about Mark Twain's life or should I say I don't remember much about his life. The only thing I remember is going to the Mark Twain house on field trips. Yes, trips. When living in Hartford it has to be one of the easy trips a teacher can take students on. Still I didn't know much besides his books. So it's not that I dislike the book because it ruin my image of the people in it. To be honest with you, it just bored me. The pace of it was so slow to me that I couldn't get into it.

One the plus side, the book is written well. It is just one of those books that you either love or hate. I think this is a good read for a person who likes historical fiction and has not idealized the people portrayed in it.

*rating rounded up from 2.6

About the Author
Lynn Cullen is the author of The Creation of Eve, named among the best fiction books of 2010 by The Atlanta Journal-Constitution and as an April 2010 Indie Next selection. She is also the author of numerous award-winning books for children, including the young adult novel I Am Rembrandt’s Daughter, which was a 2007 Barnes & Noble “Discover Great New Writers” selection, and an ALA Best Book of 2008. Her novel, Reign of Madness, about Juana the Mad, daughter of the Spanish Monarchs Isabella and Ferdinand, was chosen as a 2011 Best of the South selection by the Atlanta Journal Constitution and was a 2012 Townsend Prize finalist. Her newest novel, MRS. POE, examines the fall of Edgar Allan Poe through the eyes of poet Francis Osgood.

*This is an ARC review
**Thank you for stopping by. Comment, Share, and Happy Reading!
***This blog may use cookies to enhance your experience. Also clicking links may take you to a third party website that may use cookies. Most browsers have an option in the right hand corner setting icon to disable the use of cookies.
Posted by Bunnita at 8:00 AM